Popular 2D VS fighting game “THE KING OF FIGHTERS-A 2012” returns as a free app to celebrate KOF 20th Anniversary!

■NEW CHARACTERS, NEW TEAMS
In addition to the characters from he previous installment, the 4 new “ART OF FIGHTING”, “PSYCHO SOLDIER”, “KIM”, and “IKARI” teams (12 new characters), join the cast of “KOF-A”!! You can now create your favorite team from this formidable roster of 32 fighters!

■A SINGLE-PLAYER MODE RICH IN CONTENT
6 game modes are available for thousands of hours of enjoyment even when playing alone: “SINGLE BATTLE” for 1-on-1 fights, “TEAM BATTLE” for classic KOF 3-on-3 gameplay, “ENDLESS” Mode to defeat as many opponents as possible with one character, “CHALLENGE” Mode to clear trials by fulfilling requirements, the newly introduced “TIME ATTACK” Mode to compete for the best clear times by winning 10 matches, and “TRAINING” Mode to get accustomed to the Virtual Pad-based controls and practice your combos.

■SIMPLE COMMANDS
The Virtual Pad recreates perfectly reproduces KOF’s smooth controls. Even novice players in fighting games will be able to release various Special Moves, Super Special Moves, NEOMAX Super Special Moves, and other complex moves in one touch. With the Simple Commands, you can easily perform many of the game’s fancy combos!!
*Please refer to “TUTORIAL” Mode for an explanation of these commands.

■ADDITION OF TONS OF NEW TRADING CARDS, ILLUSTRATIONS, AND OTHER EXTRA CONTENT
Plenty of new Trading Cards (that can be acquired by using points earned during gameplay) along with new Illustrations (which can be viewed at any time by fulfilling certain conditions) have been added to this latest release! Moreover, “KOF-A 2012(F)” includes rough sketches and illustrations that can only be seen here, which fans cannot afford to miss! 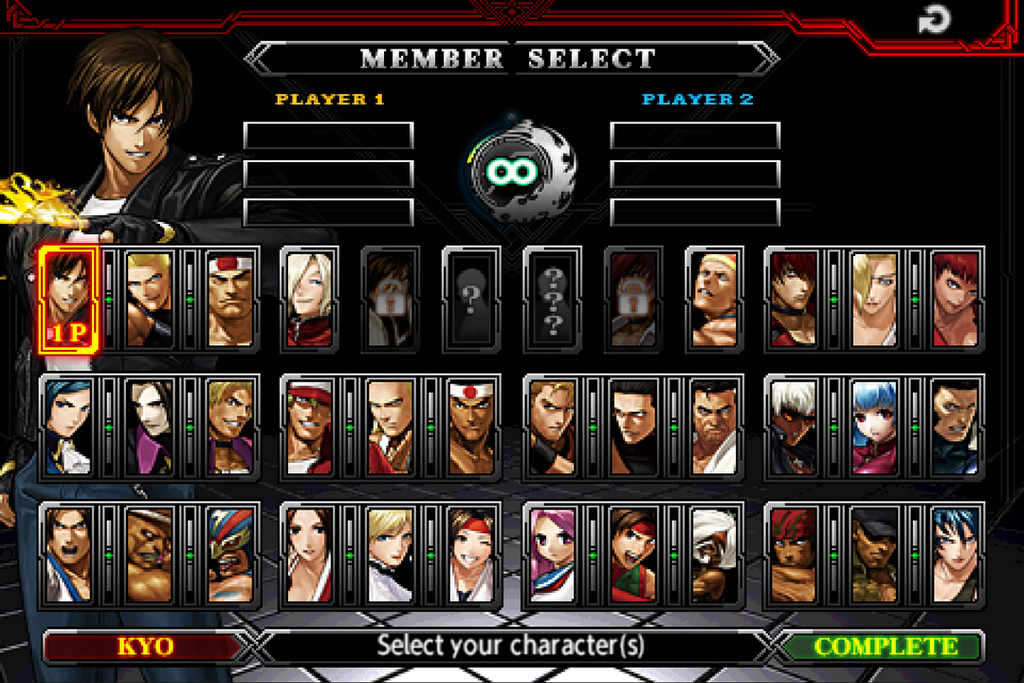 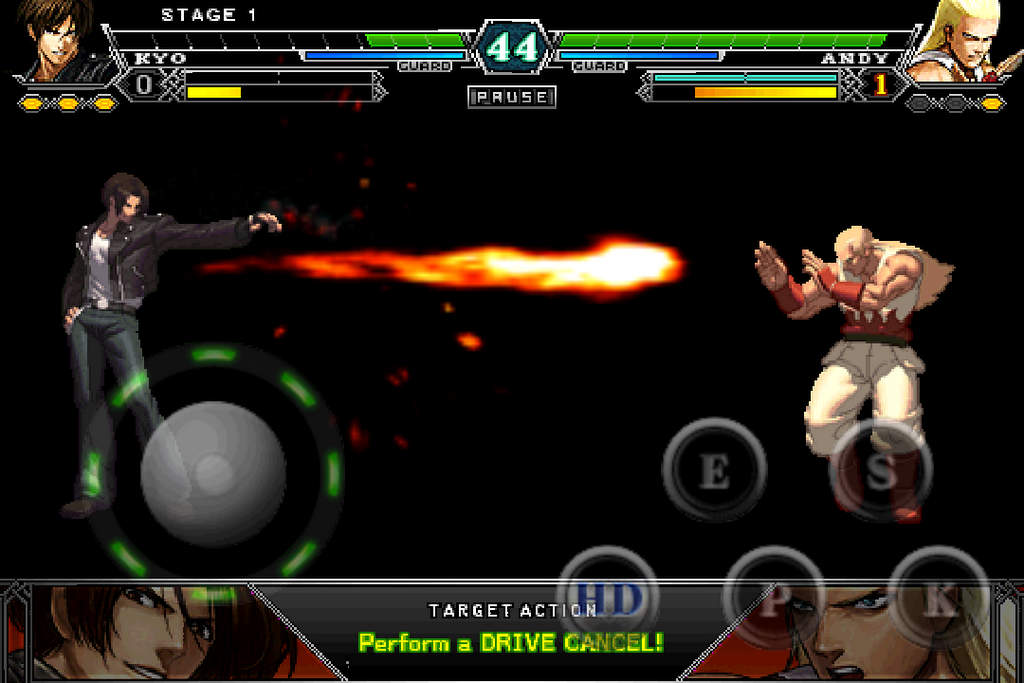 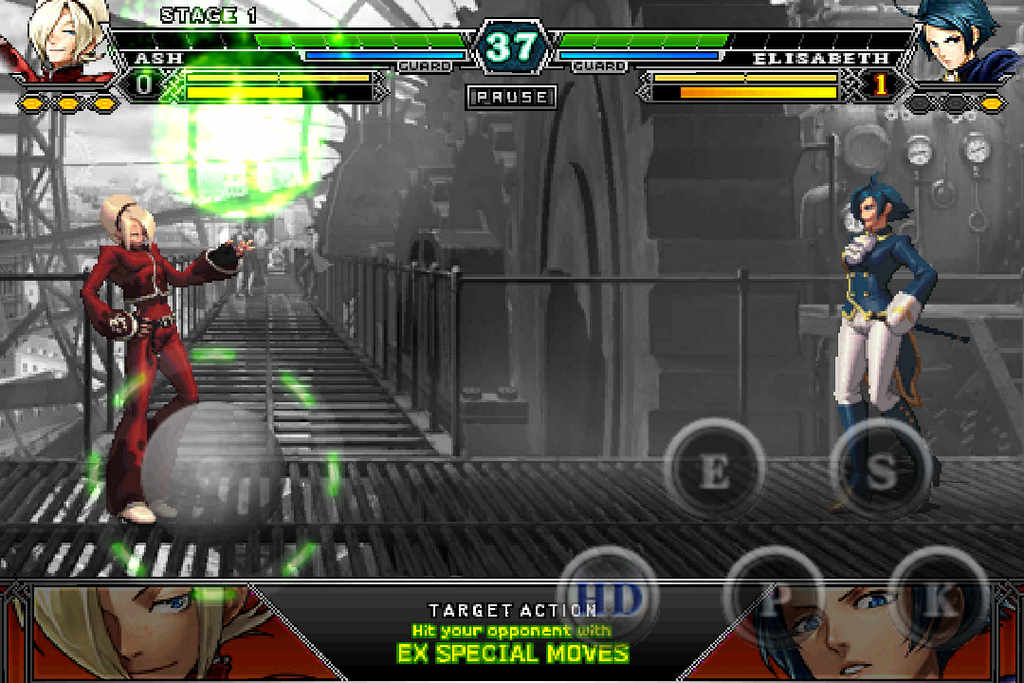