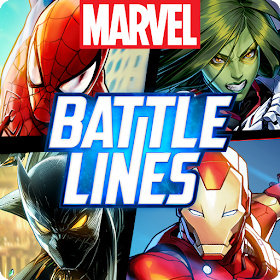 The Cosmic Cube has been shattered, plunging the Marvel Universe into chaos! Now, you must join forces with Super Heroes and Villains, including the Avengers, the Guardians of the Galaxy, Spider-Man, and more, to collect the shards and restore the universe.
Collect over 100 of your favorite Marvel character playing cards including Captain America, Thor, Daredevil, Venom, Doctor Strange and Thanos. Build your perfect deck and send characters into action in single-player mode, or go head-to-head with players across the globe in pulse-pounding PVP competition. Set your strategy and send them into action in this legendary card collecting battle game.

• Build your deck to create your most powerful team. Combine Super Heroes and Super Villains from the Avengers, the Guardians of the Galaxy, the Defenders, S.H.I.E.L.D, and much more!

• Set your strategy: Use your cards to grab three in a row then attack your opponent.

• Battle in single player mode and compete in PvP from the very beginning.

• Unleash powerful action cards to take down your enemy. 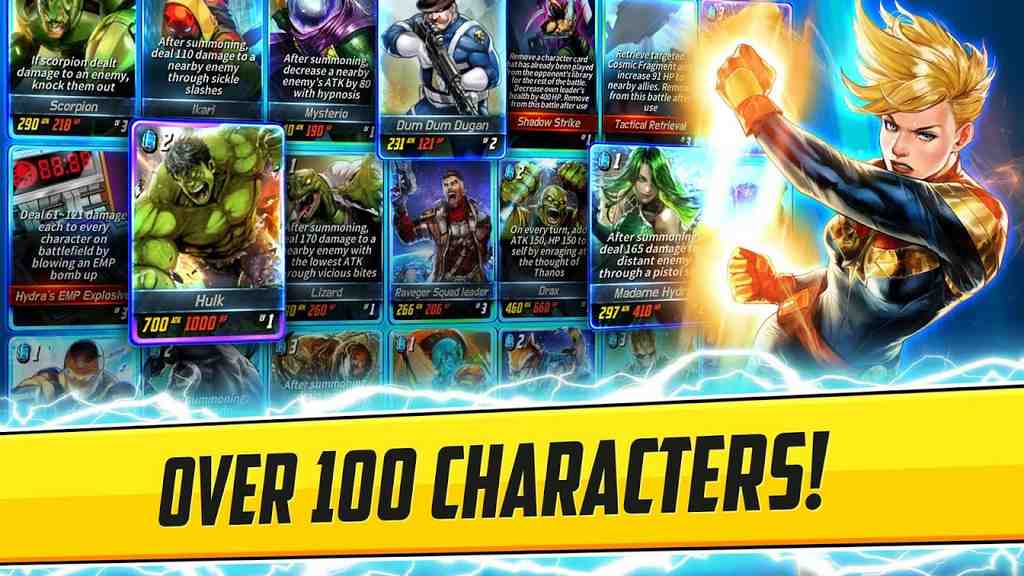 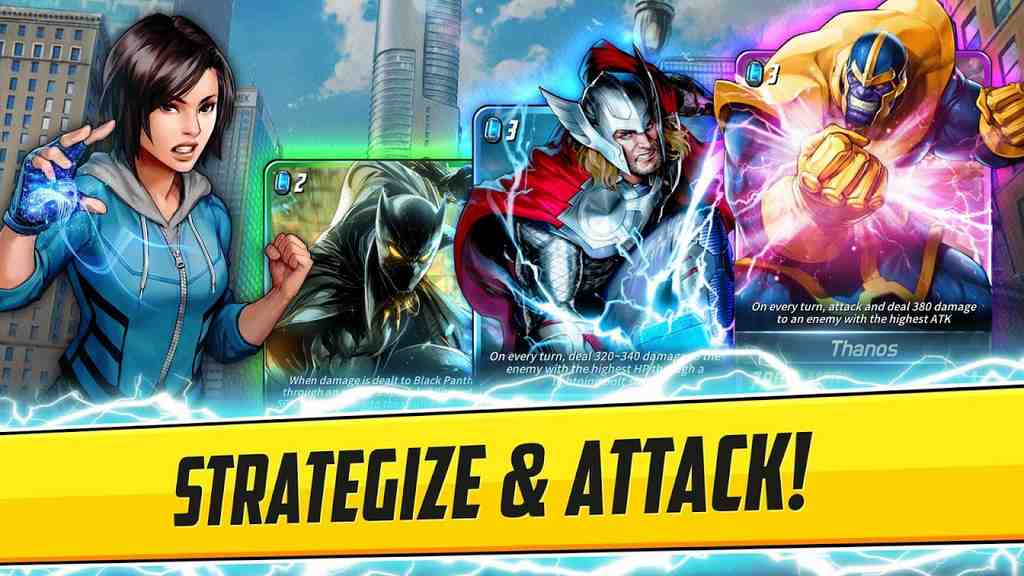 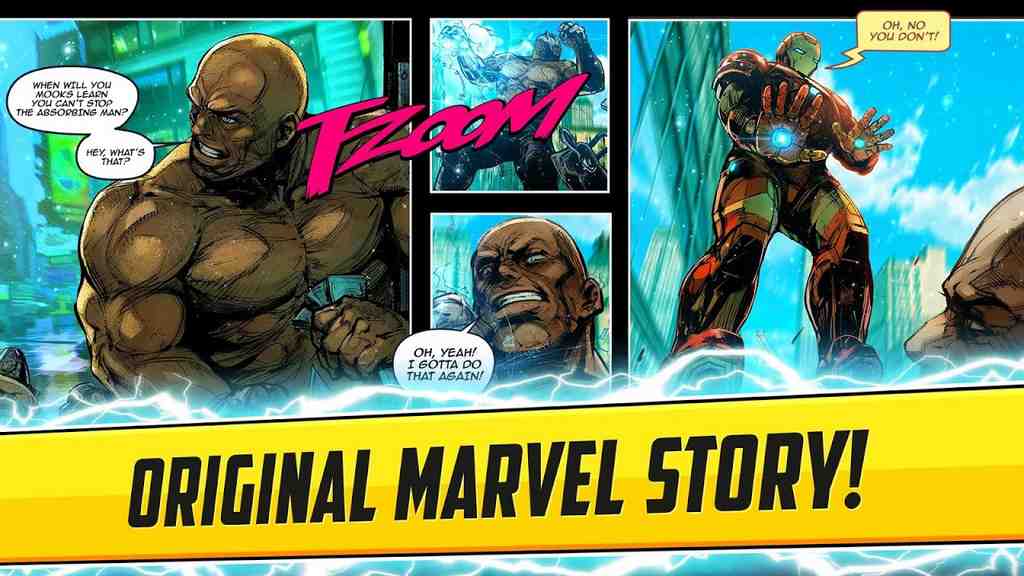