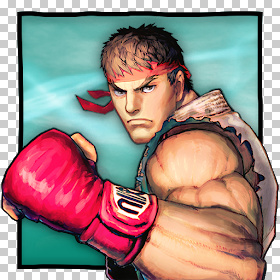 A new warrior has entered the ring!

Take control of 32 world warriors and test your mettle against players from around the world. Street Fighter IV: Champion Edition perfects the winning gameplay formula by offering the most exciting fighting game on mobile. Long time Street Fighter fans can jump into the action and have an instant familiarity with the controls. For more casual players Street Fighter IV features numerous settings and tutorials that put you on the path to victory.

– Download for free and unlock the complete game for one low price. Free game includes one playable character and three AI characters.
– Fight as 32 Street Fighter characters including fan favorite and Android exclusive, Dan.
– Intuitive virtual pad controls allow players to execute full move sets including Unique Attacks, Special Moves, Focus Attacks, Super Combos and Ultra Combos
– Take your game to the next level with a Bluetooth controller (Controllers do not work in menus, they fully function in multiplayer and single-player gameplay.)
– Battle head-to-head against players from around the world via Wifi
– Single player “arcade” and multiplayer modes.
– Unleash super moves with a tap of the “SP” button.
– Four levels of difficulty.

WHAT’S NEW
All solo modes are now available for offline play. Thanks to the community for the great suggestion! 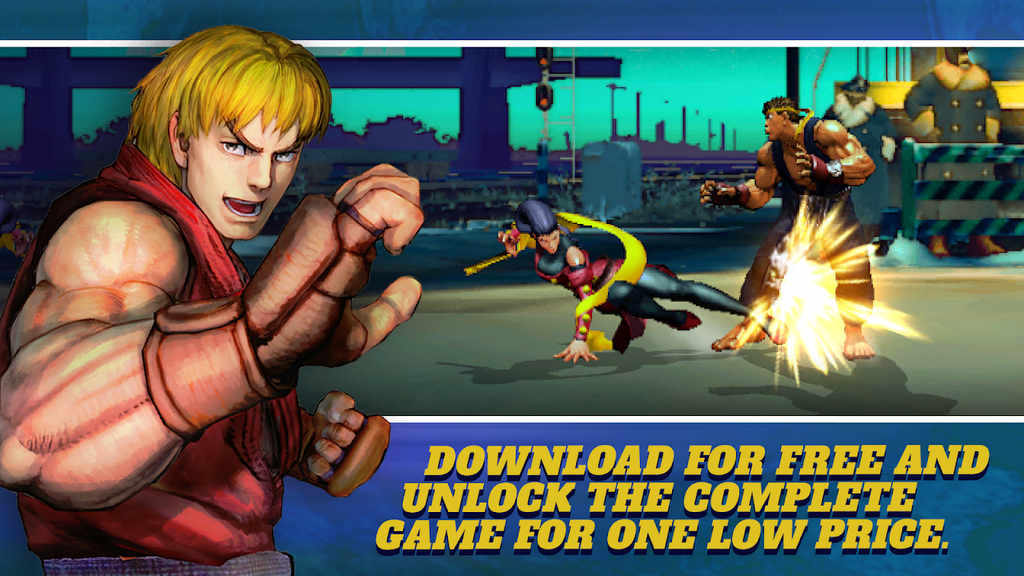 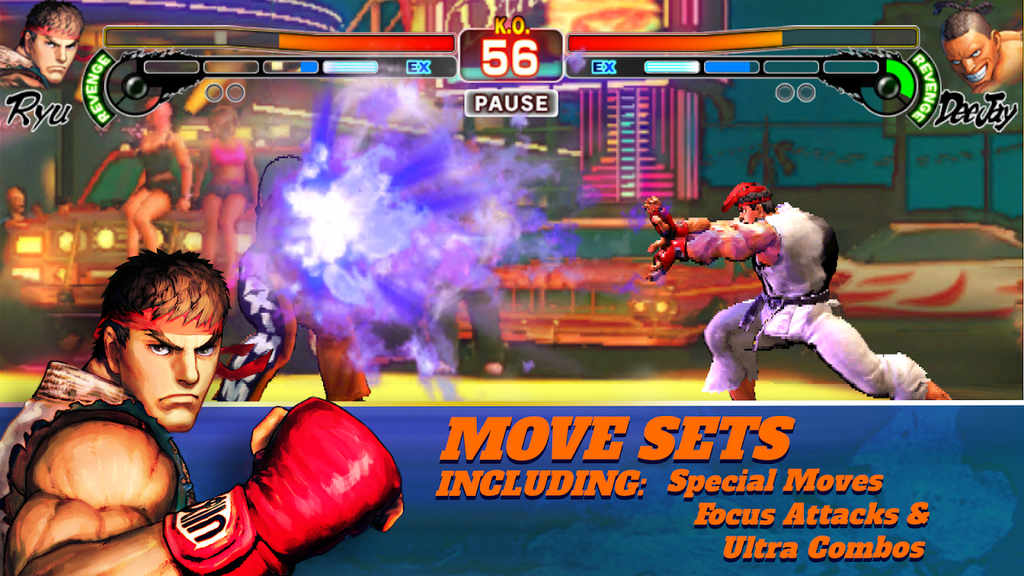 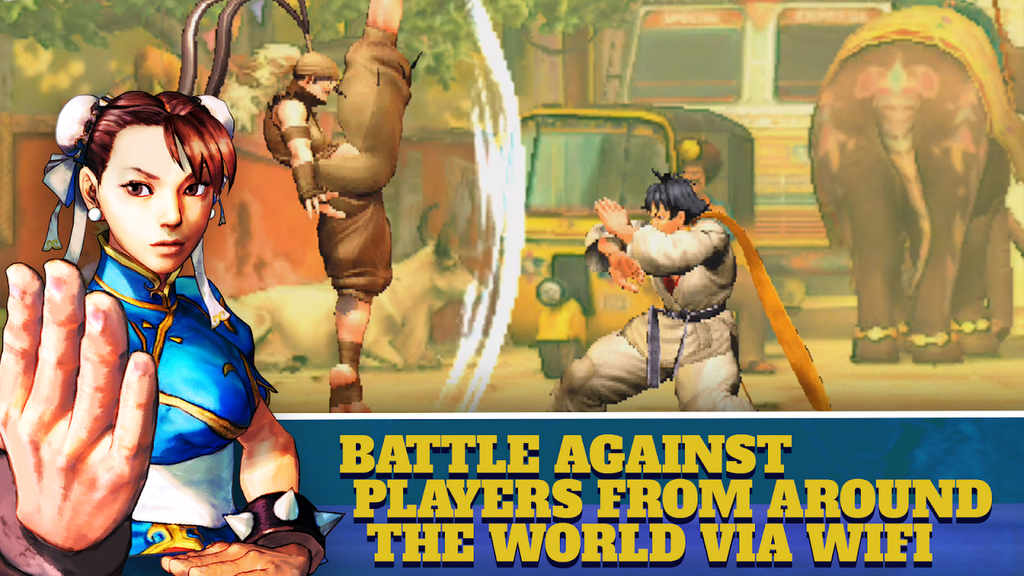