One of SEGA’s all-time greats, Streets of Rage is now available on mobile! Play free and rediscover this ground-breaking beat-‘em up.

Three cops, a city on the edge, and a crime lord known only as Mr. X – welcome to one of the all-time SEGA greats. Arm yourself with knives, bottles, and drainpipes and battle through eight thug-infested urban environments to bring order to the city. Relentless, explosive, and addictive as hell – Streets of Rage is the grand-daddy of beat-‘em-ups!

Streets of Rage joins the ever-increasing line-up of ‘SEGA Forever’, a treasure trove of free SEGA console classics brought back to life on mobile!

FEATURES
– Three playable characters, each with their own strengths and killer combos!
– Eight rounds of fast-paced brawling action!
– Local Wi-Fi multiplayer support to help you best the bosses!
– A devastating, rocket-propelled special attack from the ESWAT team!
– Times too tough? Get extra continues and special attacks via rewarded ads!

MOBILE GAME FEATURES
– PLAY FREE with ad-support or ad-free via In-App Purchase
– SAVE YOUR GAMES – save your progress at any point in the game.
– LEADERBOARDS – compete with the world for high scores
– HAPTIC SUPPORT – get into the game with responsive button presses
– CONTROLLER SUPPORT – HID compatible controllers

STREETS OF RAGE TRIVIA
– The Streets of Rage series goes by the name Bare Knuckle in Japan
– Streets of Rage was also released in arcades via the Mega-Tech and Mega Play boards
– Comic book legend Mark Millar penned two Streets of Rage comic strips for Sonic the Comic!
– There’s an alternate ending to discover… can you find it? 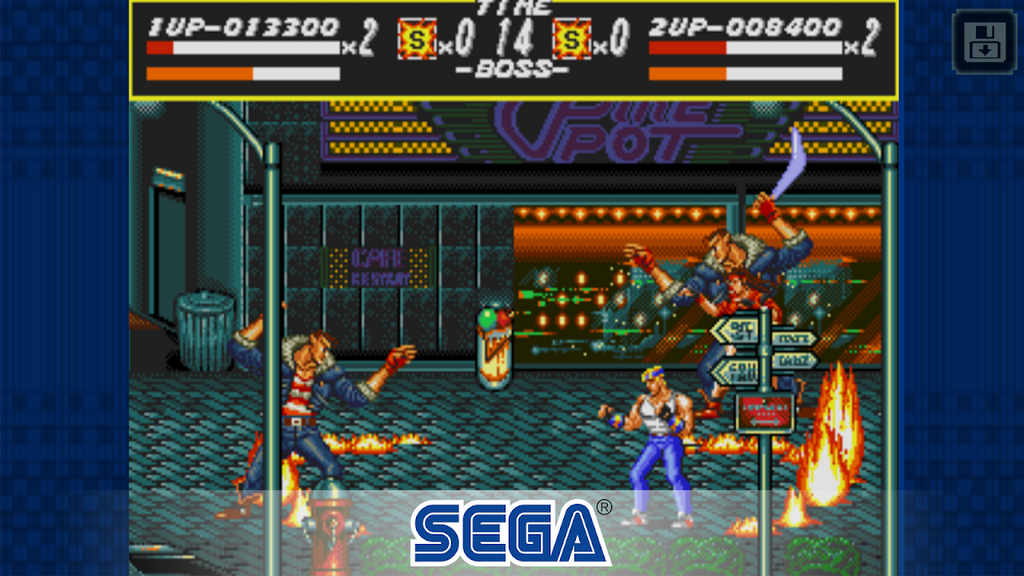 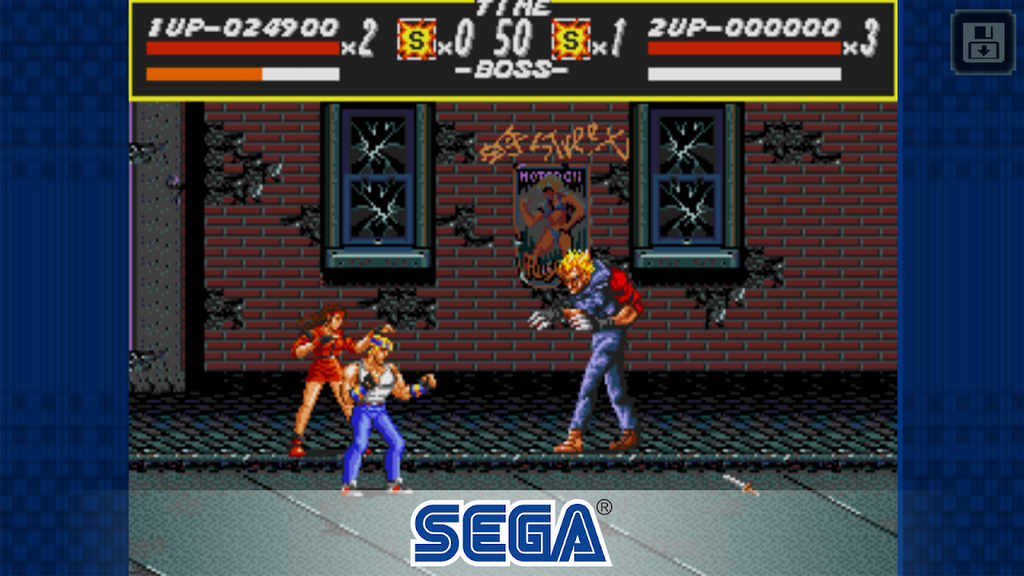 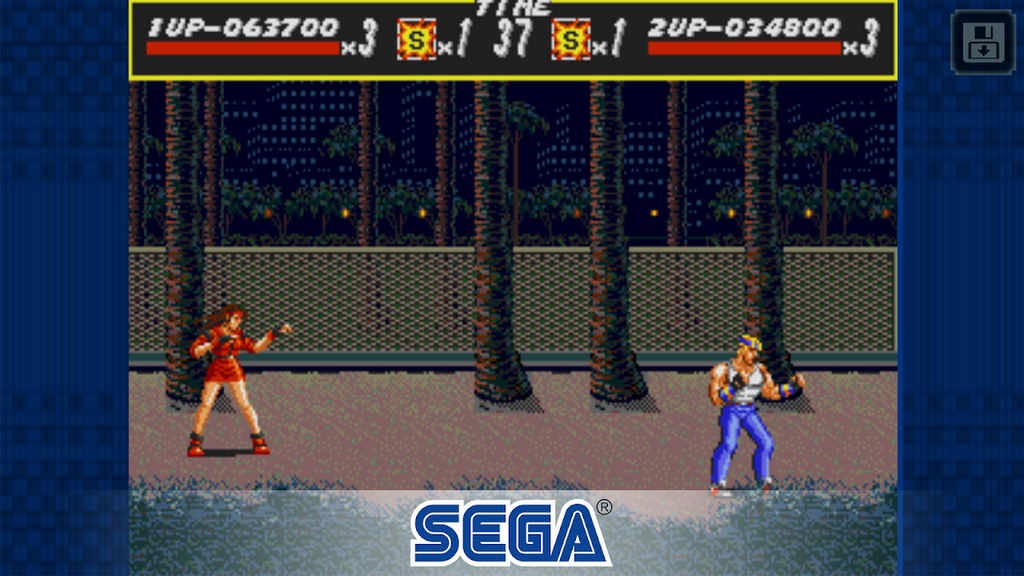