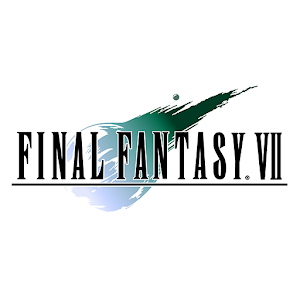 – As this application is very large, it will take some time to download.
– This application takes up around 2GB of memory. Over 4GB of free space is required to download it, so make sure that ample spare memory is available before attempting to do so.

See the help page for how to trigger the special match while using the “MAX Stats” option.

Depending on the terrain and timing of the action, the buggy, submarines, airships, and other modes of transportation may cease to move when the player embarks or disembarks. Currently, the only fix is to restart the game from a data file saved before the bug occurred. We recommend saving frequently and/or utilizing multiple save files. This bug occurs most often when players embark or disembark while extremely close to the terrain, as well as during time-sensitive activities for events.

Please note that the game will not save automatically when escaping from a battle on the world map, even if the Auto Save function is set to the ON setting.

Check the URL below to see which devices are optimal for gameplay. Please note that even those devices listed may have speed issues or bugs depending on the user’s specifications. Not all working devices have been tested with the app. The list will be updated as more devices are confirmed.

We cannot guarantee the app’s functionality on devices other than those listed below.

[Applicable OS]
Android 4.2 and up

The first Final Fantasy to feature 3D backgrounds and CG movie scenes, this dramatic tale continues to be loved by numerous fans around the world. Battle stages also appear in full 3D for the first time, bringing an even greater sense of awe and spectacle to combat!

Customize your characters in any way you like using the fantastic “material” system that allows endless combinations of spells and abilities.

This product is a port based on Final Fantasy VII for PC (No changes or additions have been made to the story).

With its unshakeable monopoly over Mako energy production, the evil Shinra Electric Power Company holds tight to the reigns of world power.
One day, a Mako reactor serving the sprawling metropolis of Midgar is attacked and destroyed in a bombing raid by a revolutionary group calling themselves Avalanche.
Cloud Strife, a former member of Shinra’s elite “Soldier” unit takes part in the raid as a mercenary hired by Avalanche and sets events in motion that will draw him and his friends into an epic struggle for the fate of the planet itself…

– Play using a simple and comfortable virtual controller designed not to obscure the action, choosing between virtual analogue or fixed 4-way digital control pad options. The opacity of on-screen controls can also be adjusted from the Config Menu.

– Two new features to make play easier and more convenient!
Android edition also includes an option to turn enemy encounters off on the world and area maps (will not skip event battles) and a Max Stats command to become all-powerful in the blink of an eye. 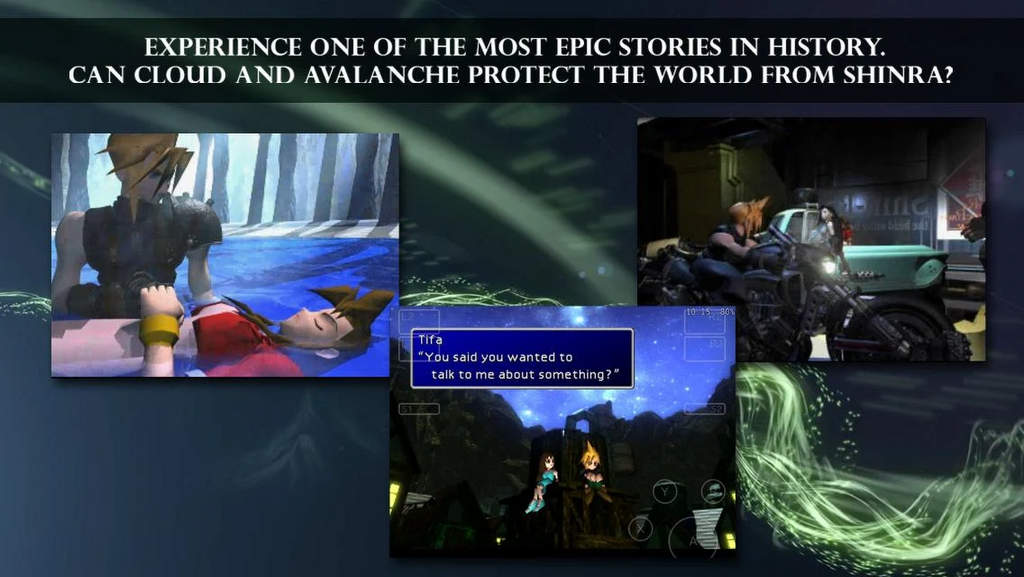 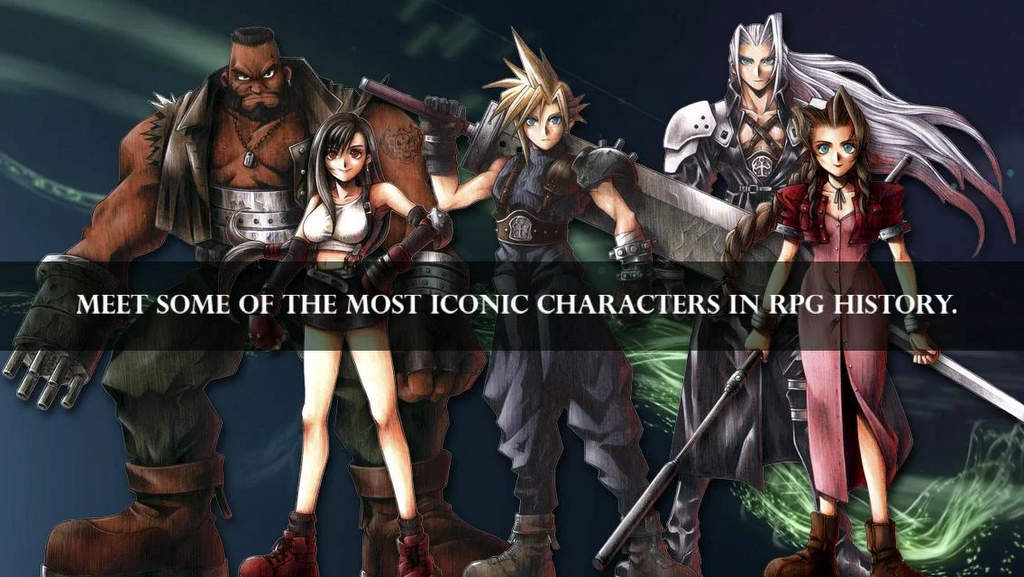 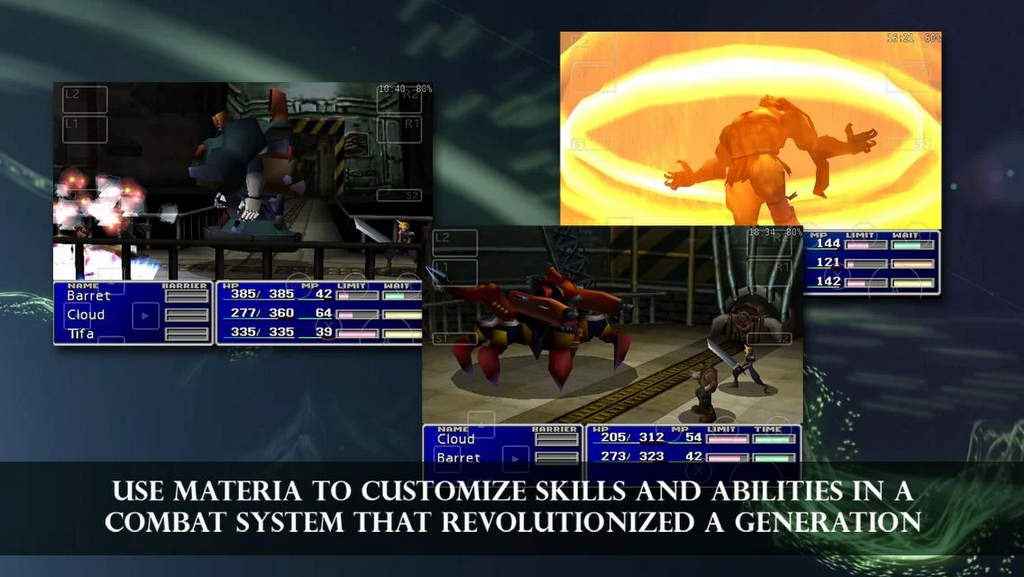