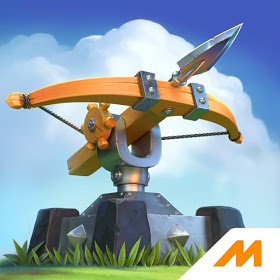 Editor`s Choice 2018 in Tower Defense Strategy genre!
Defend the castle from dragons and trolls in this fun tower defense strategy game! Assemble an army of defenders and fight off monster hordes from destroying your medieval fantasy kingdom! Clash with the enemy and make sure that your fortress will hold the line in battle against waves of orcs and goblins. The rush of the creeps has never been so cruel, these td battles will leave you unforgettable impressions.

Show your courage and cunning in defense! Download Toy Defense Fantasy now and enjoy the best among war strategy games, with knights and dragons. This castle defense game will leave you speechless! We invite you to play one of the best defense games in the mobile games industry, the atmosphere of battle games has never been so tense. A new page in the industry of defense games was now being started, and we are sure that these tower games will leave you unforgettable impressions. Embrace opportunity to play one of the best td games for today and say “Bye” to boring defence games you have met before, their days have passed. No matter who you are: a beginner in tower defence games or a sophisticated pro in castle games, Toy Defense Fantasy will grasp your thoughts.

Medieval Fantasy Atmosphere!
▶ Kingdoms & Castles – Immerse yourself in a fantasy world where your kingdom depends on you to defend the castle! Tower defence games have never been so magnificent.
▶ Epic War! – Then rush into over 96 exciting tower defense levels of fun strategic warfare! Kingdom defense requires courage, show your castle games enemies that no one can command the army better than you.

Defensive Strategies!
▶ Tactics – Make your own TD battle plans and fight off both ground and air attacks in the game! Strategy war games have never been so captivating before.
▶ Build & Defend – Create turrets and build your army to crush your enemies at war!
▶ Tactical Upgrades – improve, fix and heal your defenses right on the battlefield zone! Make sure that your military is always prepared, upgrade your warriors and make your castle defense unconquerable.

Fantasy Armies!
▶ Knights & Elves – Wars don’t win themselves! Command your army and help to create a good defence so that the fantasy kingdom will be protected.
▶ Turret Defenses – Build and command all manner of archery, ballista and Wildfire turret towers! Make the kingdom defense powerful.
▶ Brave Heroes – Recruit hero commanders such as the Elite Archer, Mercenary Goblin and Fire Wizard.

Monster Enemies!
▶ Trolls & Goblins – Destroy over 9 types of ugly monsters!
▶ Dragons & Mercenaries – Fight dragons and dangerous mercenaries in battles
▶ Boss Battles – Battle evil generals at the end of every final wave! Even an army strategy games geek will be amazed.

Powerful Spells & Skills!
▶ Magic Skills – Cast spells such as sending lethal meteorites to ensure your enemies’ doom! Create a unique strategy defense and become a victorious td battles player.
▶ Strategic Abilities – Activate powerful shields and protect your fortress from siege! Even diehard fans of defence games will be pleasantly surprised by the rush that gives them our tower defence game.

Weekly Tournaments!
▶ Competitions – Compete against your friends to see who has the best TD defenses! Clash with your friends in the arena and win wars!
▶ Achievements – Get rewards and show off your tactical superiority!
▶ Awards – Get top prizes when you beat your friends in tournament mode! 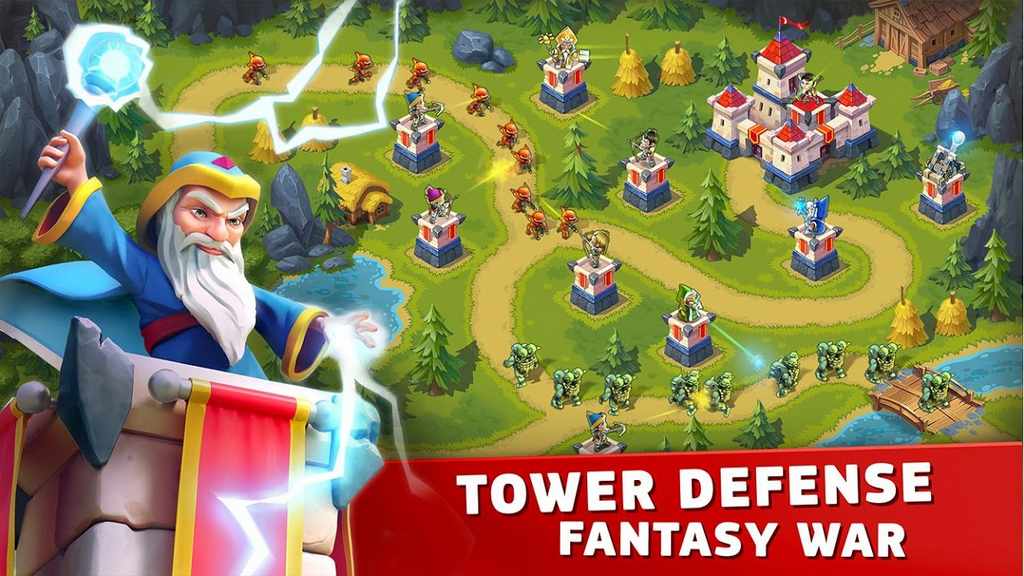 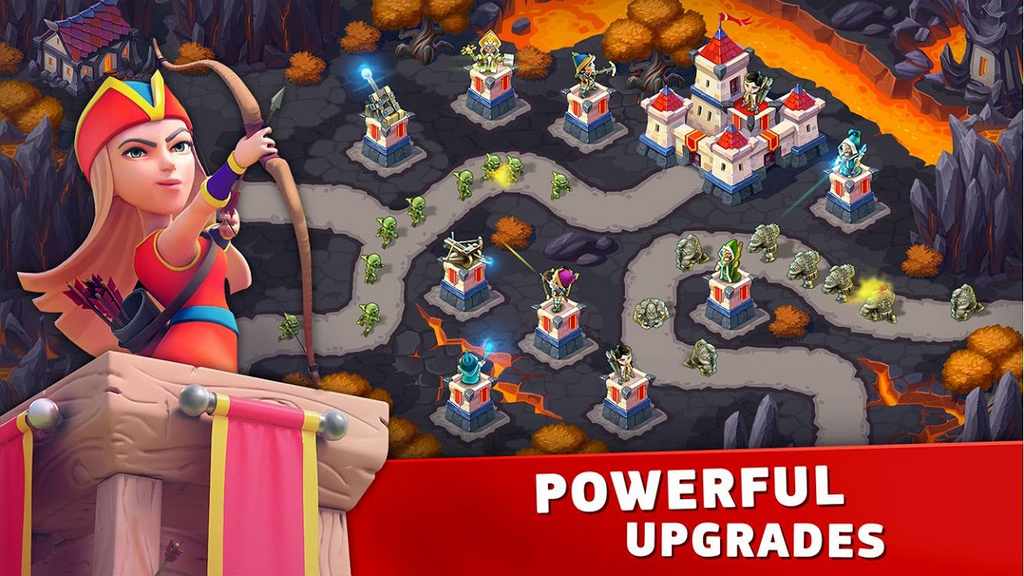 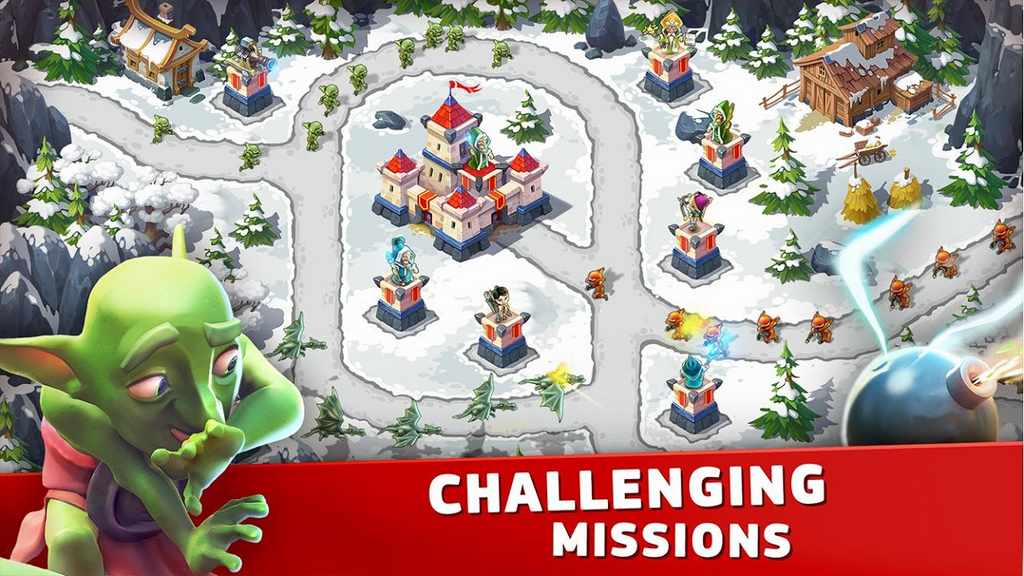